My intention was to give an overall sense of flight, using the upswept delta, as if a bird was standing with its wings raised upward.

The title of the work and the header on this page (Schmerz) are derived from an unforgettable experience in 1999 while Gaye and I were living in Switzerland. I was just laying out the piece when a friend invited me to go hiking in a region called the Muotatal. During the last Ice Age, glaciers covered this area. The melting ice caused the underlying rock to form incredible patterns that my friend told me reminded him of my sculptures. We made the climb and I was very taken by the forms.

On the way down, I fell, dislocating my right shoulder. I had to be airlifted out by helicopter. (The fact that they found us was a real tribute to the Swiss Search & Rescue operation!) The experience influenced the work in several ways —  the form, the title of the piece, and the delayed completion time of six months while my shoulder healed.

(Plus there was the expansion of my German vocabulary during rehab working with my doctor who spoke no English and needed to understand the limits of my arm and shoulder rotation.  The word?   Schmerz.  Pain!) 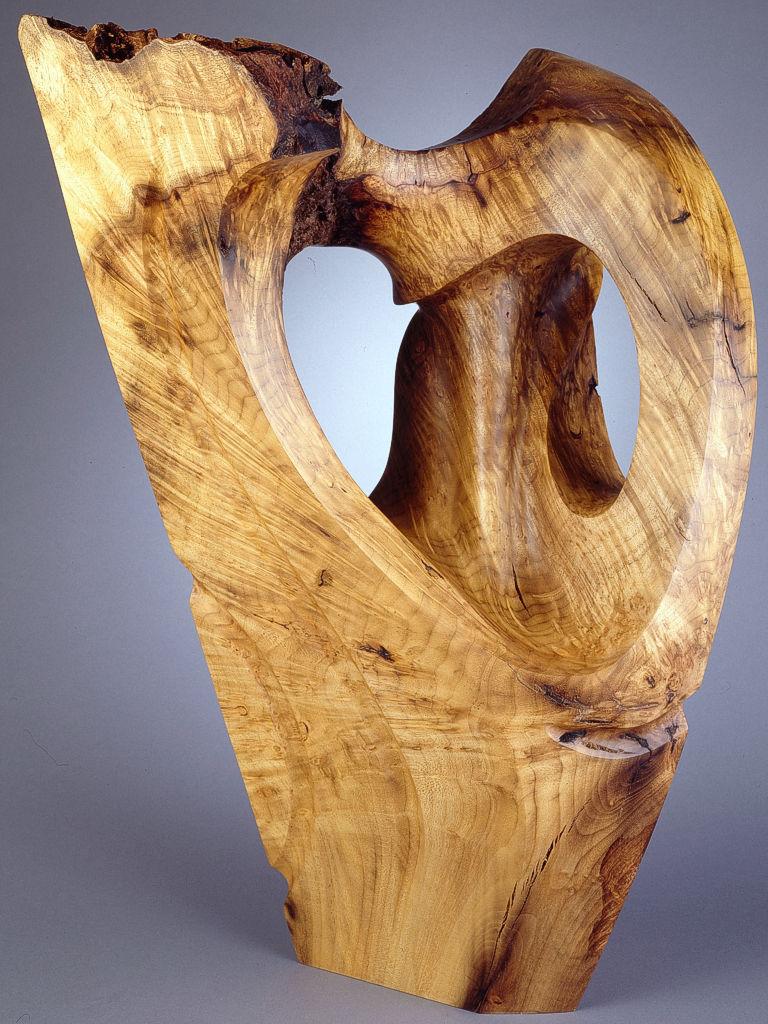